About life in the last third / Avram's Past

This is going to be a difficult blog post to write.  Normally, I write about things I understand pretty well – such as the present, past and future of technology.  Sometimes, I write about subjects where I have strong opinions such as the Israeli/Palestinian conflict or our the dysfunctional USA government.  Often, I write about my past and even occasionally speculate about my future. Now I am going to write about something I have  difficulty explaining: What am I doing with my life.

I am almost 69 years old.  I like to say that I am not retired but rewired because that is pretty much the case.  While I had a great career, I decided more than ten years ago that I did not want to spend the next decade working my way down in the computer industry.

What are you doing with the rest of your life

One of things I am finding more and more difficult to deal with is answering the question “What are you doing these days?”  I normally have a glib answer such as “what ever I want to do” which translated means “not only am I retired but I am rich.”  Sometimes, I say “trying to figure out how to answer that question” which is actually more accurate than the first answer.  Sometimes, I try to answer the questions in a more forthright and frank fashion.  But it is not so simple to answer the question.  It was real easy when I could say “I am working at Intel and am Vice President of Business Development (even though most people including myself were not quite sure what that meant.)  Later, I could say “I am sitting on a number of company boards and advising some other companies” which is is what a lot of successful people in technology and other fields say when they are no longer in their prime.  I would love to give a simple answer like saying that “I am writing a book on the history of residential broadband” but while I wish that was the case, it is not really true.

So what am I really doing these days?

I am doing things with early stage companies:

I keep trying to go “cold turkey” but I often get sucked into early stage companies.  I love technology. I don’t really love business as much as someone might think a person with my career history would.  Early stage businesses often have an energy and a creativity you do not find in established companies.  Also, I can have a lot of impact in helping such companies.  But I certainly try to resist the temptation.  I could spend all my remaining days advising companies.  So I only do this when I can’t help myself.  I have to be crazy about the idea, love the people and feel that I can make an unique difference to the outcome.  Making money for my efforts is an added bonus.

Right now I am actually working very hard to help a medical device company which is still in stealth mode.  We are working on the first really effective treatment for a very serious medical condition that affects as much as 10% of the adult population.   Can’t tell you much more now.

For more than ten years, I have been working on how to create a wide angle view, 3D, HiRes mobile display. The company is called Innovega.  The technology is amazing!  We can create the highest resolution display ever (think iMAX on steroids) at a consumer price point.  It makes Google Glass look like a toy (I am pretty sure we got them going when we presented our concept to them many years ago.)  But it requires the user to have contact lenses as well as special glasses.  The contact, or normal soft lenses, have modified prescriptions.  Right now the main founders have been DOD but the Chinese Market might open up soon.

Let it Cast is a company that is changing the way casting is done in the entertainment industry, but ultimately I think we can play a big role in the transformation of that industry as it goes fully digital.

The founder and managing director of The Breakwater Fund, started his career working for me in 1999  just after I left Intel.  He helped me manage my “angel investments.”  I stayed close to him as he developed his career once I stopped mine.  A number of years ago, I helped him think about how to develop Breakwater.  I became the chair of the advisory committee and also one of the larger investors.  He is doing a fantastic job and I am very proud of him.

I am learning things:

I love learning.  Often, I wish I was an eight year kid now with an iPAD and high speed internet access.  When I was eight, I used to listen to the only science program I could find on the radio.  It was on Saturday mornings  at 10:30 am.  I built a crystal radio.  I had a chemistry set and a small microscope.  Albert Einstein was still alive and his was my hero.  I wanted to solve the mysteries of the universe.

Since those days, I have continued my love of physics and in particular, cosmology and quantum mechanics.  I continue to read books, listen and view lectures and even have occasional interactions with Physicists like Sean Carroll.  I can barely contain the concepts in my head.  I often feel that my brain is exploding.

DNA is the amazing program of life.  I am fascinated by genetics.  It is a field that is expanding in knowledge and, as Craig Venter says, “Life at the Speed of Light.”  Our knowledge is increasing exponentially probably because so much of what is going on is tied to computing power.  I am interested in how DNA can help us understand the evolution of life.  I am using it in my Family History research.  I think it will have profound impact on health care.  But then again, I think it will impact everything including energy production, material science and even computing.

As frequent readers of my blog will know, I have been studying music since I was 15 years old.  I started learning traditional music theory and took up the piano but when I was 18. I discovered Jazz while listening to a recording of Coltrane playing “My favorite things.”  Now, almost 55 years later, I am still taking lessons two hours a week.  Not only do I study Jazz Theory but I have to pound it into my body.  I like to say that playing jazz is like solving complex mathematical equations in time.  I love that I play better now that I have have ever played and I think I will continue to improve for many years.  But then again, I have so much to improve.

I am a father of three grown children and grandfather of four grandsons.  My incredible father is still very much alive at 90 years old.  My sister and oldest friend lives close to me and we will always share the memories of our own childhood.  My wife is literally at my side 24/7/365. I can’t imagine how or who I would be without her.  I cherish her and can’t wait until she wakes up in the morning (I get up two hours earlier).

Living in the country

Living in the country (Sonoma) and having land has literally grounded me. I love to walk in our garden, to marvel at the many birds (and get angry at the ones that eat our fruit and decimate our eves)and other wild animals (foxes, bobcats, hawks and owls), and to have the ability to grow the food we eat.

We also have a home in West Hollywood CA, where we go in the winter months.  There, I can enjoy the company of friends and family and take long walks in t-shirts and shorts with the sun still shining.

We travel between 2-4 months a year.  We are so blessed to be able to do that.  We have incredible friends all over the world that we see on our travels.  I love warm water and snorkeling and try to do that every year. But I also have learned to ride elephants bareback.  I try to push myself to do things that are not comfortable because I understand that as one gets older, one’s comfort zone close in.  For instance, I was a bit scared to go to Rio so we went to Rio.  Three years ago I drove through the Sinai peninsula in Egypt, which would be impossible today.

My mother died in 1992.  Her mother died in 1999.  I was left with their memories but also their photos.  I started going through the photos and trying to figure out who many of the people were.  My father who is still alive was very helpful in getting me going.  Pretty soon, I was hooked on Genealogy.  I became a member of Ancestry.com (a company I had actually invested in while at Intel because I thought Genealogy would be a big consumer application on the Internet).  Now, I have a family tree of more than a 1000 members and have been able to go back from my generation through seven generations to 1760 in one case.  I have found cousins in England, Israel and South Africa in addition to the USA.  Now I am embarking on a project to collect DNA from many family members.

I am not going to say much about this.  But it is a big part of my life.

I did try to document the history of residential broadband because I played such a principle role and probably have more of the history than anyone.  Frankly, I failed. I did not have either the research and writing skills but more importantly the discipline to stay on point. I decided to write this blog as a way to develop those skills. I am almost ready to go back and do this!
Now I have more to say that I actually have time to write.  And by the way, these post take a lot of effort.

Thinking about the future

I actually spend a lot of time thinking about the future.  Most of this time is devoted to the future of technology.  But I am also interested in many other topics such as economics, healthcare,  and science.

We are living in a period of extremely rapid change.  Some of it is very good, like bio tech, IT and some of it is very bad like climate change and dysfunctional governments. How we will deal with the expanding human population in the face of reduced natural resources will be a test of humanity,  especially as our governmental institutions are FAILING US!

So the Answer is?

So in the future when someone asks me “what are you doing these days”? I will say “alot” and hand them this QRS code 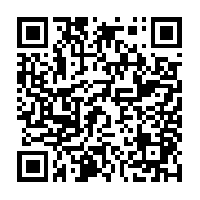 5 thoughts on “Avram Miller, what are you doing these days?”