It has been more than six months since I have posted.  One of you actually wrote to me asking me to continue to write.  I began this blog in 2006.  For several years before, I was struggling to write a book on the history of broadband.  I discovered that at least for me, writing a book does not come easily.  I decided to write a blog instead.  I felt that this would help me developed the skills in research and writing that I needed as well as the discipline to stay focused on the topic. I believe I made a great deal of progress over the last twelve years.  About a year ago I began to explore writing a book.  This time I had an even larger objective.  I wanted the book to integrate the story of my life, my knowledge and personal experience in the development of today’s computer technology and finally, the knowledge and wisdom I developed through the many years of my professional career.  So far, it has not gone well.  I feel pretty overwhelmed with the task.  At the same time, I was dealing with a lot of life transition mostly resulting from the decision to move full time to Israel.   I have decided to go back to writing my blog for a while and then I hope to start the book.  I am now 73 years old.  Everything seems to be working ok (mind and body), but I am mindful of the time.

I should also say that since the election of Donald Trump I have been pretty depressed about the future of the world.  Generally, I am optimistic, so these feelings are kind of new to me.

Below you will find my first blog post of the year. It is a pretty serious one.

In January, my wife and I traveled to Rwanda primarily to spend time with the Silverback Mountain  Gorillas. There are about 900 of these fantastic creatures living in groups of about 30 individuals.  While this is is not a travel blog (my wife sometimes does that), but  I have to say the time we spent traveling in Rwanda especially the two visits to Gorillas families is something I will never forget.  The trip to Rwanda also had the side benefit of getting me thinking about the role that tribalism plays in our lives and surprisingly to me, the role it plays in my own life. 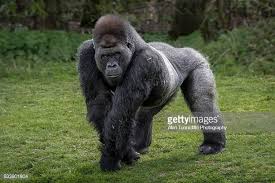 Gorillas live in small troops.  The troop is dominated entirely by one Silverback male (the hair on the back of the male turns silver when they are around ten years old).  There may be other males in a troop (sons of the Silverback), but they are subservient to the dominant male.  All decisions are made by the dominant male who can live into his 40s.

Humans are closely related to Gorillas,  The only animal that shares more DNA is the Chimpanzee.  They also have an Alpha Male structure.

The history of humankind also demonstrates the concept of Dominant Male.  Through most of our history, tribes of human beings have been lead by a Dominant Male although there have been a few exceptions.  Modern Democracy is a relatively new concept.  It is not clear to me that it is an enduring one.  We can clearly see the rise of the Alpha Male throughout the world.  The two strongest economies of the world are now lead by Alpha Males (Donald Trump in the USA and Xi Jinping in China)

See the behavior of Gorillas up close made me think that we humans may have a genetic preference for the Alpha Male. 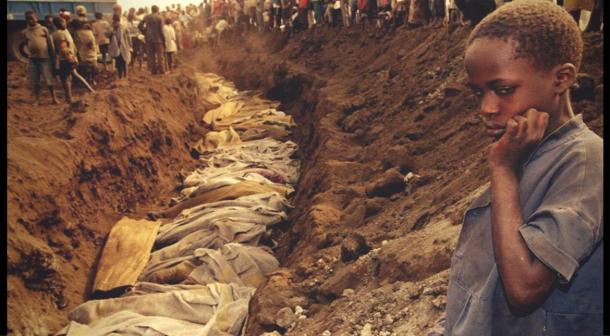 Rwanda is a lovely and tiny country with a population of about 20 million people.   It is located just south of the equator but since has a very high altitude, is pretty tempered.  The land is lush and green.  The people are friendly. Rwanda is considered by many to be the safest and cleanest country in Africa. The government is run by Paul Kagame, its president.  He is considered by many to be a dictator albeit a benevolent one, an Alpha Male.

There are two main tribes in Rwanda, the Tutsi and the Hutu (there is also a smaller third tribe of Pygmies called Twa).  Something terrible happened in Rwanda in 1994. The population of Rwanda was about 7 million people at that time of which the Hutu’s represented 84%, and the Tutsi’s represent 15%The Hutu’s carried out the mass extermination of the Tusi’s over a 100 day period.  As many as a million Tutsis, which represented 70% of their population, were killed.

Rwanda was first colonized by the Germans in 1884.  After WW1, Belgian took over control of Rwanda.  Both the Germans and later the Belgians favored the Tutsi population and put them in a position of power. This was the standard method that was used by European Colonists to keep control over colonies. The basic concept was to put a minority tribe into power with the assumption that they would abuse their power and become hated by the majority,  This meant that the minority who was running a country for the benefit of the colonist would have to maintain the support of the colonial power to keep their position.  The Middle East is an example of this where Britain and France used this strategy extensively. The Tutsi population was just 15% of people living in Rwanda.

To strengthen the divide between the two main tribes, the Belgians introduced a system of ID’s that indicated which tribe the holder belonged to.  Actually, there was not much of a difference between the two tribes. They all spoke the same language and had the same religious beliefs.

We visited the Genocide Memorial in the capital city, Kigali. It is a compelling experience. I have been to many memorials of Genocide especially those dealing with the Holocaust, but I was stunned by what had happened in Rwanda.  How much hate had been generated?  The Tutsi and Hutu’s lived amongst each other. Neighbors killed Neighbors.  The Hutu’s used machetes to cut off the head of the Tutsi’s.

Think about all this, made me wonder about the power of tribalism. You can witness tribalism with our primate relatives.  For instance, if two troops of Gorillas meet, the Alpha Males will fight. Same for chimpanzees.  I began to wonder if our own genes doomed us to follow in the footsteps of our primate cousins.

I was born in the USA and lived there most of my life although I am also an Israeli citizen and actually live in Tel Aviv these days.

I have watched the evolution of the two main American political parties evolve into tribes.  Winning power has become more important than standing on principle.  Nothing more has illustrated this than the accession of Donald Trump as President.  Trump does not stand for the key conservative values of the Republican Party but he won, and he is apparently an Alpha Male.  So supporting the Party and keeping power has played a stronger role than political principle. It is the driving force behind the Republican Party. I don’t think that the Democratic Party has made the journey to becoming mostly a tribal force, but they are on their way.

I think I would have understood this phenomenon earlier if I  had been interested in team sports.  Clearly, teams are just a way of creating a tribe.  The goal is having your team beat the other teams.

Tribalism  and the Middle East

As I mentioned, I live in Israel and also that I am an Israeli Citizen.  I strongly support the state of Israel although I often disagree with the policies of the government.  I identify as a Jew.  My sense of being Jewish has always been my strongest identification and much stronger than my sense of being an American.  Funny, now I as write this blog, I recall that many times we Jews refer to ourselves as “The Tribe.”  We actually started off as 12 tribes.

My wife and I live in the Middle East which is a very tribal area.  The modern countries that exist here were created by the Europeans (namely the British and French) at the end of WWI. Before that, Turkey occupied the area and the Indigenous people identified with there tribes and not their nations. You can still see this in places like Afghanistan and Pakistan.

Amongst the Israeli Jews these days, there are sub tribes based on where families came from.  So we have Yemenite Jews, Russian Jews, French Jews, British Jews, Moroccan Jews, Ethiopian Jews and of course American and Canadian Jews. We have religious Jews, super religious Jews, and nonreligious Jews. But what unites us that we are Jewish, and especially that we are not Arabs.  The Arabs have their tribes too.  Even in the West Bank, there are many tribes.  But what unites them these days is that they are not Jews.

I have noticed that while I am very critical of the USA government’s policies against immigrants and refugees, I seem to tolerate some of the same behavior from the Israeli Government.  Even writing that is hard for me.  I have noticed that I anxiously read anything that is critical of Trump’s handling of immigrants/ refugees but might skip over a critical article about something Israel is doing in the West Bank for instance.  I pride myself on being open-minded and fair but am I?  Does the power of tribalism overwhelm my values?  And if so, what can I do to reduce its influence?

7 thoughts on “Tribalism and me”