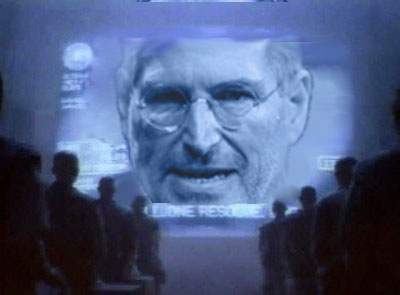 In 1949, George Orwell wrote a book called 1984. I probably read it when I was about ten years old, in 1955. Then, 1984 seemed like a long time in the future. So it was interesting that Apple used this concept for it’s famous 1984 Macintosh SuperBowl ad. The concept of 1984 was that a totalitarian government was spying on all its citizens. It was busy developing “double talk” and had journalists whose job it was to rewrite history. Big Brother was not just a TV show. It was a term for the leading political boss (think Putin). If you have not read it you should, especially these days. So I find it ironic, to use the term “Big Brother” when talking about Apple Computer.

Almost seven years ago I wrote this post about the use of GPS to provide information not only about your surroundings, but about you. Frankly, I did not realize how right I was.

Recently, I was listening to a Podcast about the iPhone 5s and its M7 motion processor. When the iPhone 5s came out, many thought that it was not much more than an update to the iPhone 5 even though it had a fingerprint scanner, a 64 bit processor and the new M7 motion processor.  I wrote about it here, suggesting that it was the first gateway into Apple’s attempt to become a dominant force in physical retail purchases. Later, I discussed the use of the iBeacon technology. I felt that the M7 would play a big role in Apple’s launch of the iWatch which I wrote about here. I still do. But now I know something else about the M7.

The M7 is literally collecting information all the time about your movements. The Podcaster had loaded an app which would count the number of steps he was walking each day. Nothing strange about that but, when he started up the application, it came back with something startling. It knew how many steps he had already taken during the previous seven days. The M7 had been tracking the streps and storing the results. A bit of investigation by the Podcaster revealed that developers already knew about that. They had been taking advantage of the M7’s capability. So I started thinking about what else Apple might be keeping track of. It would be pretty easy for them to keep track of all your movements not only your steps but where you took these steps. Even if you turned off the GPS function, Apple could still be using it. They can easily know many of your habits, for instance when and where you charge your phone.  They could know when the phone is placed on a surface and if you are using your pointer finger to touch the finger print scanner, or if you are holding the phone in your hand and using your thumb. They can know who you are near if that person is also using an iPhone. Apple could map all of your relationships either by who you are near, or who you message or call. They already know a lot of about your habits – what music you like or what newspapers you read online, etc. They will have a pretty good idea about when you go to sleep and when you wake up, and if you use your phone to monitor your sleep, they will know even more about that. They can know how you get to work and where you stop for gas or coffee.

You are probably getting the picture. Pretty soon there will be insurance companies that will give you a discount if you walk 10,000 steps in a day. Your phone will tell them that in exchange for a discount. In addition to dog walkers, we may find that we have phone walkers for those too busy to do the actual walking.

With the use of low power Blue Tooth and iBeacon, your behavior when shopping will be collected. You will probably be offered incentives to allow this, but will not understand the fine print in the agreement.

Soon, with the iWatch and/or other health related products, Apple will be able to get a sense of your emotional state. They can build a profile of your heart rate, blood pressure, body temperature, sweat, and the changes when you do different things. If you think that the iPhone knows a lot about your habits, just wait for the iWatch.

By the way, I don’t mean to single out Apple.  I am sure Google is busy with the same kind of stuff, I just don’t follow Google as much as I follow Apple.

So I am going to end this post by saying goodnight to you. And as long as my phone has a power switch, I can say goodnight to my little brother, Apple.

5 thoughts on “It’s not big brother that should worry you, it’s little brother, the spy in your pocket.”